ANALOG SATURATION is good to your earhole :)

Analogue warmth seems to be the Holy Grail in these digital days. But why does it hold such appeal, what does it do the sound?

As I was working on a new OBERHEIM OB-X emulation tailored to my musical needs, I though about bringing into the party some analog code I have made earlier for the VSDSX VST (Simmons Drum Synth accurate emulation) and start tweaking on it...this really brings some extended harmonics and compression to the sound.
Later I decided to push the volume hard into saturation territory before and after the CEM filter stages...This was very nasty sounding and it becomes the main extended feature of the upcoming OB-Xtreme VST...You can push it hard :)

If you stay gentle on the volume, this is a part of what is so called "warmth" sounding.
Analog world is not perfect, vintage electronics components aren't either.
Humans ears like more what is not perfect, this is a fact.
The tape is also a good example of pleasant saturation and high frequencies compression.
Ton of parameters are in effect in an analog system which induce a lot of non-linear modulations to the sound.
One of those effect is for example a Diode Clipping that will generate mostly third harmonic with a smaller amount of fifth, and lesser amounts of each additional higher odd-order harmonic. If a sound containing rich harmonic content like a digital saw oscillator is feeding a filter with a slightly saturated content it really gives the bass a nastier pleasant sound.
look at what a diode clipping does to a sine wave depending on the volume... 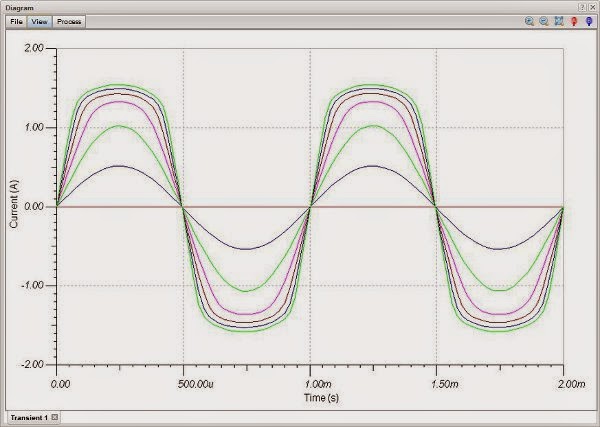 So back to the upcoming OB-Xtreme VST. 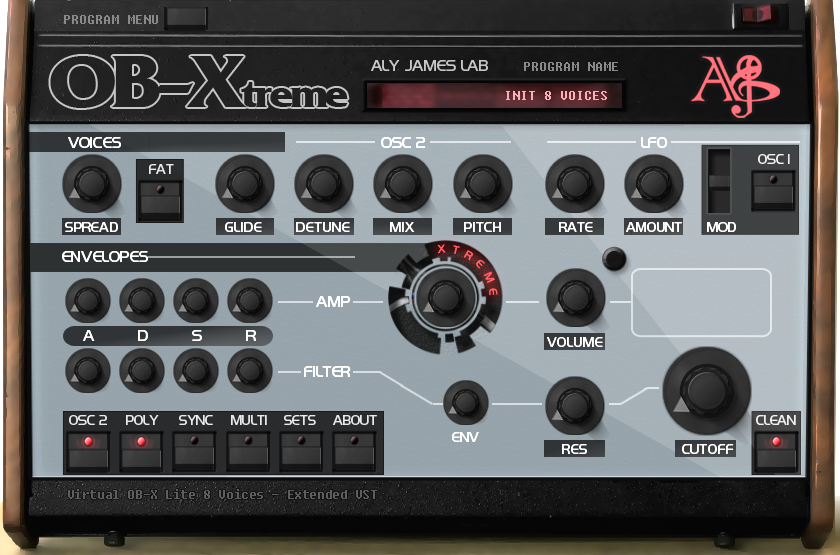 It is a cut down version of an OB-X with less options than the original (there is already some VSTs for that), however the main characteristic features are there and it bring to the party a more analog sounding engine with the help of 2 controllable saturation stages, a FAT mode which is basically a polyphonic unison mode (8x8 Voices!) and an optional separate output for each of the 8 voice card.
The separate outputs are taken before the emulated CEM VCF (which is configured as a State Variable Filter 12 Db/Octave ) filter stage. This gives the user the opportunity to experiment different mixing and FX for each note of a chord...
I will make a proper post when OB-Xtreme VST will be released, which is pretty soon :)