When I was working on this side of things for the FMDrive Vsti, I have made of bunch of testing on the hardware.
Here is a possible approach of  the YM2612 chip "Ladder effect" on the DAC side.
Further informations could be accessed on the web.

when setting the output of a channel to "mute"
REG B4H LEFT&RIGHT bit==0;
Playing some notes here do not play silence but the same line as normal except (center) already distorted from the start and at a lower volume.
The very last ms ends with quantized effect on top of that.
TL as almost no effect on the slot until near max attenuation.

This is basically how I have emulated the process in a clean simple explanation. 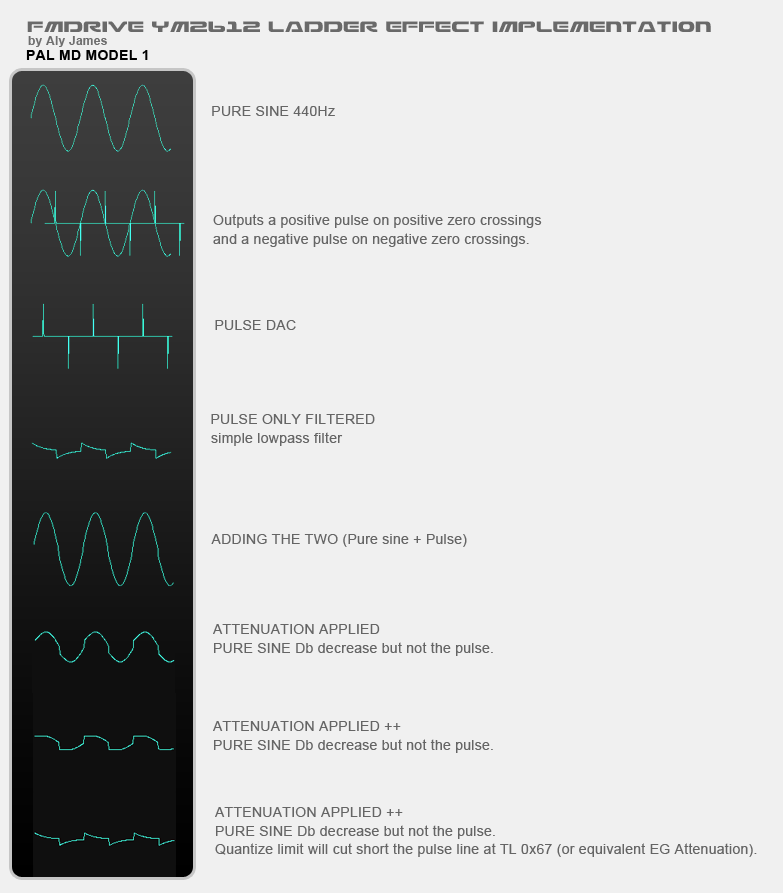